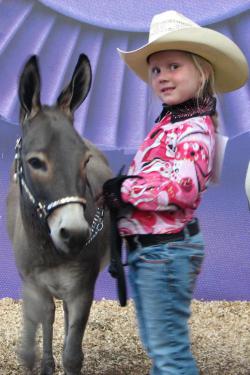 Dolly is such a sweet jennet! She has just the pedigree we were looking for with Heiken’s Ark breeding and close up Fisher’s Tiny Tim Breeding. Dolly has a good build with great conformation, topline and a beautiful head. She was raised with children and loves being around them. Dolly is also broke to drive.