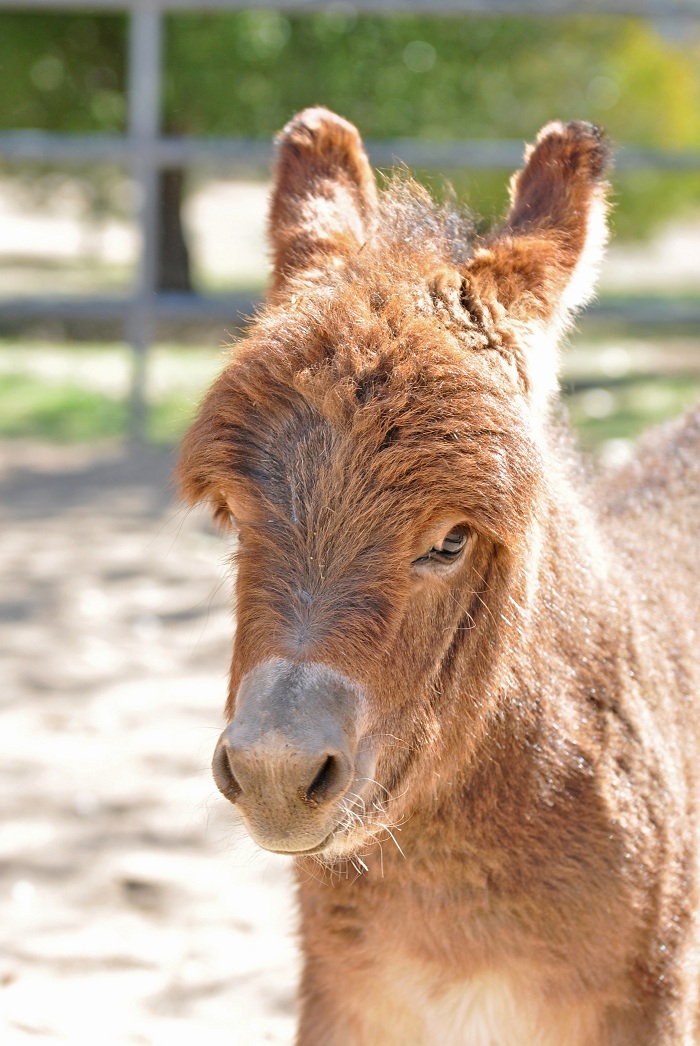 Treats is the son we never had. He came into the world as a tiny surprise with a beautiful dam in serious trouble with a prolapsed uterus. We had no idea if MGF Garnet Crystal 531 would live, nor our little foal. I thank my lucky stars that both are healthy and happy. Treats got his name during his mother’s pregnancy. She always wanted treats. One day after giving Garnet a cookie, I told her that her unborn foal should be named “Treats”. The name stuck! Treats is as Wooly as a Teddy bear. He comes when you call him. It’s the darndest thing to watch! Like our other herdsires, Treat’s pedigree reads like “who’s-who” in the heritage of the Miniature Donkey Hall of Fame. I would imagine Treat’s will make his mark in the same hall of fame one day himself.